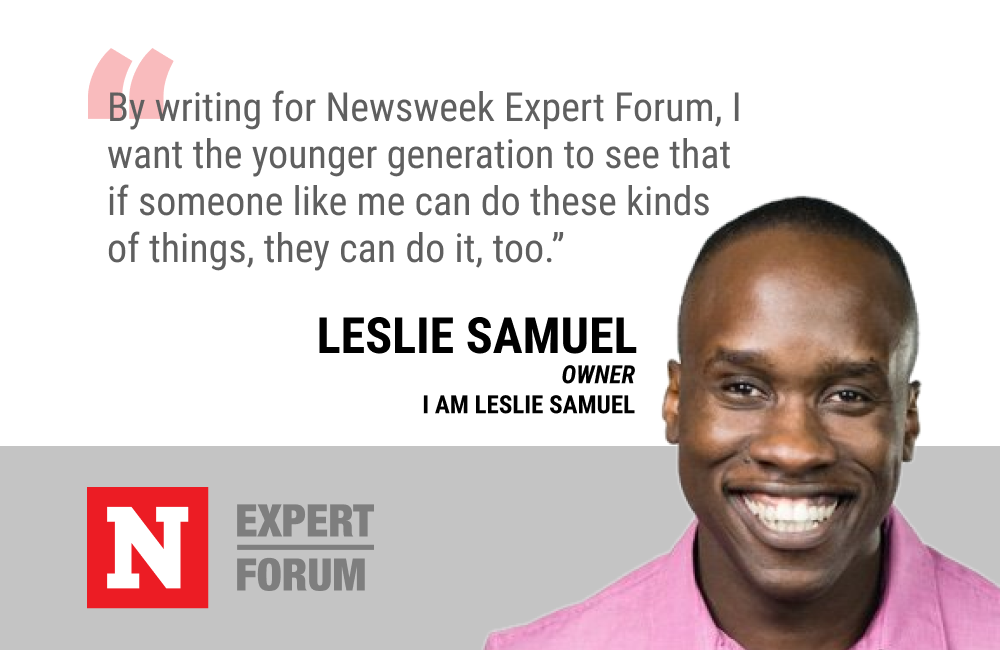 Before Leslie Samuel became an expert on building online businesses, he was a high school math and science teacher. He had considered becoming a university professor, but then started blogging about complex science topics — the same material he would have taught as a professor. “I was passionate about upper-level biology, so I started making videos and putting them on YouTube and on my blog,” says Samuel. His content was so successful that it helped get him a job as an assistant professor in a doctoral program of physical therapy.  "That blog landed me my dream job as a university professor without having to do the Ph.D. So I got to the end goal without going the traditional route," he says.

In his videos, Samuel taught viewers about the nervous and circulatory systems, among other biology concepts. He supported the content with ads, and also sold study guides.” When you put content online, you're able to have an impact on the world, including people who can't afford textbooks,” he says. “So it's a different kind of impact.”

Buoyed by his own success as an online content creator, Samuel decided to quit his assistant professor job in 2014 and devote himself full time to the business he had started in 2008, teaching others how to build businesses through blogging. Since he had been blogging for several years, he tapped his followers and his email list to rustle up new clients. “And then one client would refer another client because they were having good success, and it just evolved from here,” he says. Within four months of leaving his job, he had matched his salary.

Samuel started his business, now called I am Leslie Samuel, with a subscription model, charging 100 or so customers a monthly fee for group training. He had a few private clients whom he coached, and he also worked with Social Media Examiner as their head of training. But over time, Samuel realized that he was earning more and revenue from his one-on-one coaching clients, so he shifted his focus to them and shut down the subscription business. He also marketed himself as a public speaker, traveling all over the world to speak about content marketing.

“I'm really passionate about helping people to realize that they can accomplish more in their business and in their lives. And whatever way I can get out there, to equip people on how to do that, I want to do it.”

The bulk of Samuel’s clients are seasoned bloggers who are looking for guidance on how to grow their already successful businesses. “They've had successful businesses for years and they just want to take it to the next level,” he says. “When I meet with them for the first time, I push them to go deep and they realize that there's so much more that they can accomplish.” All of his clients are entrepreneurs, but Samuel says “people who just want to make more money don’t excite me at all. I focus on people that have a mission and really want to have a positive impact on the world.” One client, for instance, is in the financial education space and wants to help lift lower income people out of poverty by teaching them financial management skills. “That’s a mission that I can get behind and be passionate about,” says Samuel. “Those are the kinds of clients that really excite me.”

In addition to advising his clients on content, Samuel also helps them with their sales funnels, their email lists, lead generation, onboarding, and growing their teams. “I dig into what you are struggling with in your business and we go there and make it better,” he says. He notes that given Facebook’s algorithm changes, and other social platforms becoming more restrictive, “it’s becoming more important for you to build your own platform. That’s a shift I’m definitely noticing.”

Samuel joined Newsweek Expert Forum because, he says, “I'm really passionate about helping people to realize that they can accomplish more in their business and in their lives. And whatever way I can get out there, to equip people on how to do that, I want to do it.” He plans to contribute content through the forum, and hopes that his writing and his participation will help inspire others — especially the youth in his native St. Maarten. “My bigger mission is to empower young people from a similar background as me to see that the sky is the limit,” he says. “By writing for Newsweek Expert Forum, I want the generation that’s following me to see that if someone like me can do these kinds of things, they can do it, too.”