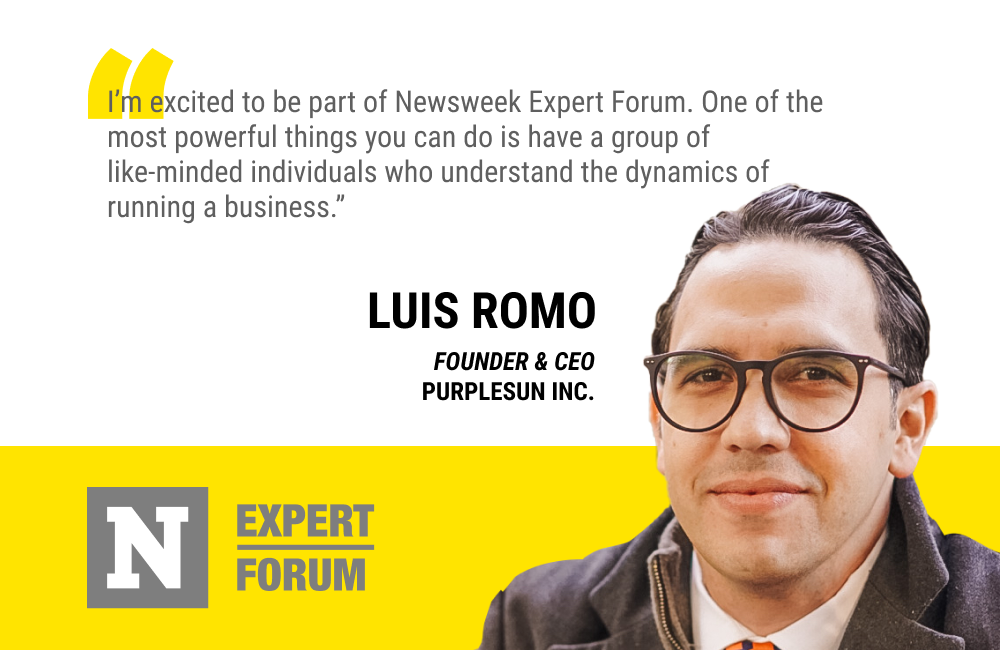 Luis Romo was a graduate student, working on his masters degree in biomedical engineering at Syracuse University, when he had an “aha” moment. While shadowing a cardiac surgeon at a local hospital, he saw patients with open chest cavities in operating rooms filled with complex equipment and supplies. “I realized that hospitals just don’t have good technology or the time to decontaminate these things quickly,” he recalls. “It was very shocking and a huge eye-opener for me.”

Romo was also doing research on ultraviolet technology, which has been long been used to kill bacteria and other microorganisms. But, according to Romo, the technology had never been packaged for efficient and practical use in hospitals, which struggle with disinfecting issues. While he had always known he wanted to start a company one day, he never expected to do so at such an early stage in his career. But he envisioned creating a product that addressed the problem he had observed up close, and he wanted to build something that would have a broad and dramatic impact on the healthcare industry. So he took a leap of faith and founded PurpleSun while he was still in graduate school.

The company won the grand prize in the New York State Business Plan Competition in 2011, giving Romo $50,000 in startup capital for research and patents, and paving the way for outside investors as the company matured. From the beginning, he was thinking big. “I wasn't going to sign up for something if I did not believe it could fundamentally change how healthcare worked and add value to society, because the journey is way too difficult,” says Romo.

During the research process, which involved innovative packaging of UV light, Romo and his team made a new discovery about the technology and called it “focused multivector ultraviolet,” or FMUV. “It allows us to accelerate the germ-killing capabilities to 90-100 seconds and to provide substantial improvement  in the quality of the technology,” he says. At first, says Romo, “people did laugh at me because they didn’t believe it.” But the technology was validated by data compiled at Weill Cornell Medicine, which proved that PurpleSun truly had something novel. By 2017, he was on a “24-month sprint of commercialization.” Today, PurpleSun makes two products — one that can disinfect an entire room in approximately 100 seconds, and a second one for complex patient equipment such as beds, crash carts, and nurses’ work stations.

"People trying to grow their businesses need an ecosystem to share their ideas. I think that’s fundamentally critical to any entrepreneur.”

PurpleSun’s first sale was in 2019, just a year before COVID-19 triggered a huge spike in demand for its technology: Romo had to staff up by 300-400% and increase manufacturing by 1400%. “The pandemic has heightened our responsibility to supporting frontline health care workers and our customers to the nth degree,” says Romo. “The job has doubled or tripled in difficulty and importance, and we’ve got to move faster.”

PurpleSun, which initially had products in hospitals in New York and New Jersey, received inquiries from 22 countries last year. Romo is well aware that such intense growth can strain a young company to the breaking point. “We had to go all day every day for six months,” he says. “But the mission to serve hospitals and people — that’s what always made it worth it. I think the only way we were successful is because we had the right people and the right partners. And because we were very agile, it helped us beat the larger companies because they just naturally move slower.”

Currently, PurpleSun is raising investment capital to grow nationally and internationally. And Romo expects his current number of patents (15) to double over the next two years. “Every quarter last year, we were a different company,” he says. “But that put us in a great place. We’re fully operational and it’s now about scale.”

Like many founders of high-growth startup companies, Romo understands the value of a high-quality network and relationships that foster connection and opportunity. “I’m excited to be part of Newsweek Expert Forum,” he says. “One of the most powerful things you can do is have a group of like-minded individuals who understand the dynamics of running a business. People trying to grow their businesses need an ecosystem to share their ideas. I think that’s fundamentally critical to any entrepreneur.”

Grow Your Business and Expertise Through Membership | Newsweek Expert Forum