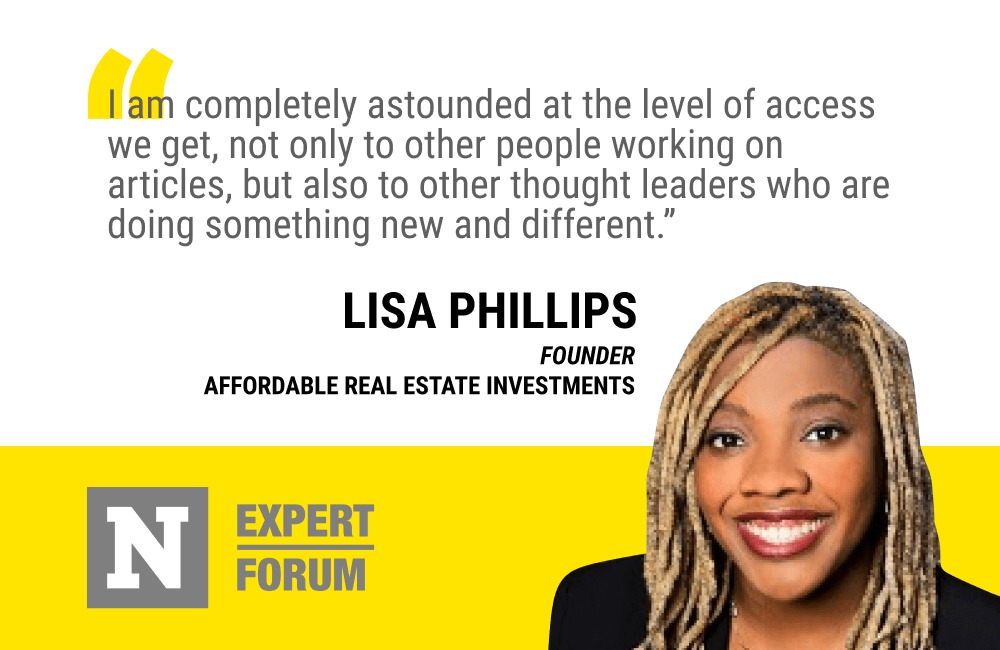 Lisa Phillips learned about real estate the hard way. In 2009, she lost her Las Vegas home to foreclosure after the overheated real estate market crashed and home values plummeted. “I bought the house in 2006 at the top of the market and within six months, everything started to adjust because we were in a bubble,” she recalls. At around the same time, she lost her job, then moved to Ohio to take another position.

Her second real estate investment — a $35,000 condo — worked out a bit better and taught her a valuable lesson. “It was my first indication that there are these markets with low-priced housing that are working class, nice neighborhoods.” She began to think that investing in affordable real estate was a path to wealth creation. A few years later, when she moved to Washington, D.C., she started saving half her paycheck with the goal of buying one house a year.

The first year, she bought a house for $13,000 in Baltimore and the second year, she paid $25,000 for another one in Richmond. The idea was not to buy, improve, and then flip the houses, but to renovate them and rent them out to build a steady stream of recurring income. Buoyed by her success, Phillips decided to start a business, Affordable Real Estate Investments, that would help other people do the same. Her target customer: African American professionals who understood that investing in low-priced minority neighborhoods was not nearly as risky as conventional wisdom would have buyers believe. Phillips had grown up “poor but happy” in a loving and supportive community. She knew from experience that the low income/high crime stereotype was simply not true, and she was betting that other African Americans with money to invest would come to the table with the same understanding.

But not everyone shared her perspective. “There was so much pushback by the so-called gurus about what I was doing,” says Phillips. “The majority of people who give real estate investing advice at that time were mostly white, and they were mostly affluent...and their viewpoint is one of generational wealth.” For those advisors, says Phillips, “a really big thing is buying in an A-class neighborhood — somewhere where you would live. That’s the exact opposite of what we do.” Phillips’s clients were like her — people who came from low-income neighborhoods, were the first generation in their families to go to college, and who had begun to create wealth.

By connecting with other forum members, Phillips says she has the opportunity to engage in “more elevated conversations on how you blend the work environment with being a part of humanity.”

Phillips evaluates her clients’ financials and helps them come up with a plan to identify properties and start investing. While she doesn’t find the properties, she teaches clients how to do that, and how to evaluate a potential investment. Does the price make sense? How much work needs to be done? What rent will the market support, and will that rent cover the mortgage and expenses? How do you screen tenants? “None of this has to be high risk,” says Phillips. “Your knowledge and skill set will indicate how much of a risk you take on.”

Phillips is adamant that she won’t support the gentrification of low-income neighborhoods by working with clients who are interested only in buying and flipping houses to make money. She wants her clients to have an affinity for the neighborhoods they’re investing in, and to have a genuine interest in providing affordable housing to the community.

During COVID, Phillips says, her coaching and speaking business, as well as sales of her book, Investing in Rental Property for Beginners, has increased significantly. “It's been the best year because people were finally at home. This gave them time, with everything shut down, to really focus on things they've always wanted.”

Phillips joined Newsweek Expert Forum because she felt it was “an amazing networking opportunity. I am completely astounded at the level of access we get, not only to other people working on articles, but also to other thought leaders who are doing something new and different.” By connecting with other high caliber thought leaders, Phillips says she has the opportunity to engage in “more elevated conversations on how you blend the work environment with being a part of humanity.”

Break Out of Entrepreneurial Silo With Newsweek Forum Membership

Newsweek's Forum Serves as a Powerful Ecosystem for Sharing Ideas