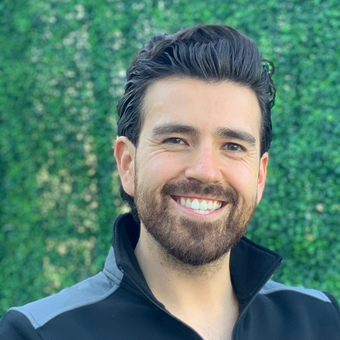 Arturo currently leads molecular food company, Clara Foods, based in Silicon Valley. Clara is working towards a disruptive advance in food technology by developing real animal proteins without the use of a single animal––starting with the world’s first animal-free egg white. Clara’s fermentation technology enables the world to benefit from the taste and nutrition of animal proteins while requiring a fraction of the water, land, and GHG footprint used compared to the current factory farming model. Clara has been named one of the 50 hottest tech companies by Crunchbase and one of the 50 NEXT companies to disrupt the world. Prior to founding Clara, Arturo served under Supreme Court Justice Sonia Sotomayor, the U.S. Department of Agriculture and the investment bank, Credit Suisse in Mumbai. He has been named to Forbes 30 Under 30, the Person of the Year by the National Hispanice Institute, and one of 10 Latinos who inspire the United States by BBC World News. Arturo hails from Laredo, Texas and grew up living on both sides of the US-Mexico border and holds a degree in Government & Comparative Politics from Harvard University.

Want to Have More 'Breakthrough' Conversations in Your Business? 11 Key Strategies for Success

If you want your business and your team to keep growing and evolving, you need to have breakthrough conversations that get you to the next level.

Clara Foods™ is a Silicon Valley venture-backed company working towards a disruptive advance in food technology by creating the world’s first animal-free egg white and a slew of other performance protein products for sports nutrition, baking, and industrial uses. We join a new generation of entrepreneurs, activists and scientists who recognize that the decades-old factory farm model cannot sustain the dietary needs of 7 billion people and counting –and that technology may hold a solution. As much as the growing market demands for egg production exert pressure on hatcheries to improve their efficiencies and outputs, there is also growing public distaste for the environmental, animal welfare, and health compromises of industrial-scale production. Clara aims to subvert this moral and economic deadlock by taking the chicken out of the equation. We’re bringing an egg white to the table that is produced completely animal-free, uses less land and water inputs, while matching the taste, nutritional value, and unique culinary properties of the food products people know and love.