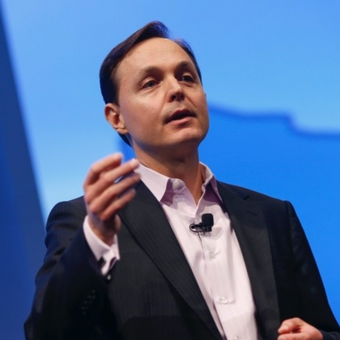 Dylan Taylor is a global business leader and philanthropist. He is an active pioneer in the space exploration industry as a CEO, investor, commercial astronaut thought leader and futurist. Currently, Dylan serves as Chairman & CEO of Voyager Space, a multi-national space exploration firm that acquires and integrates leading space exploration enterprises globally. He has been cited by Harvard University, SpaceNews, the BBC, Pitchbook, CNBC, CNN and others as having played a seminal role in the growth of the private space industry and is widely considered the most active private space investor in the world. As a writer and columnist, he has written several widely read pieces on the future of the space industry for SpaceNews, ROOM, The Space Review, and Space.com. As a speaker, Dylan has keynoted many of the major space conferences around the world and has appeared regularly on Bloomberg, Fox Business, and CNBC. For his influence as a global leader and his commitment to creating a positive impact on the world, the World Economic Forum recognized Dylan as a Young Global Leader in 2011 and he was named a Henry Crown Fellow of the Aspen Institute in 2014. In 2020, Dylan was recognized by the Commercial Spaceflight Federation with their top honor for business and finance, following in the footsteps of 2019’s inaugural winner, the late Paul Allen. Dylan Taylor earned an MBA in Finance and Strategy from the Booth School of Business at University of Chicago and holds a BS in Engineering from the honors college at the University of Arizona, where he graduated Tau Beta Pi and in 2018 was named Alumnus of the year. In 2013, he attended the Global Leadership and Public Policy for the 21st Century program at Harvard University. Full bio available at www.dylantaylor.org

4 Ways To Advance Sustainability In Space

In our return to space, here are four ways we can do so sustainably.

How We Cultivate Resilience in Space Exploration

The next space explorers are looking past the Moon and Mars.

The Potential of Biomaterials for Human Space Exploration

Biomaterials that aid human systems are a relatively new field.

The future of commercial spaceflight has the power to change our lives.

The Advanced Materials That Can Help Take Us to Mars

Scientists, designers and engineers across the space industry are working tirelessly to form innovative solutions for traveling to, living on and further understanding Mars.

The Beauty of Failure: How the Best Leaders Learn from Their Mistakes

Leaders should consider the following four strategies for turning their mistakes into teachable moments.

​​How Computing Is Impacting Space Exploration

We need computing to survive in the harsh space environment and make long-term explorations a reality.

How Do Leaders Deal With Space Debris?

The Future of the Low Earth Orbit Space Economy

As the New Space sector becomes more robust, various industries are looking to push what is possible and encourage an innovative future that will allow humans to explore deeper into space.

Here’s How We Can Reinvent Impact Philanthropy

There is a big challenge ahead for the nation’s best thinkers tasked with expanding philanthropy’s capabilities.

Want to Build an Innovative Company? Give Creative Power to Your Employees

Ask yourself what you would do if you couldn't fail.