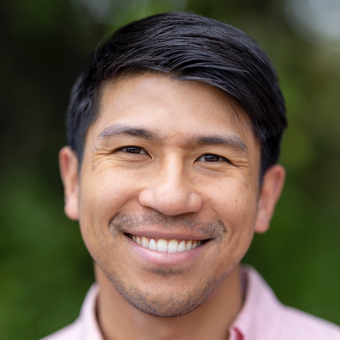 Dr. Jeff Chen, MD, MBA is a physician, scientist, and impact entrepreneur executive on a mission to transform the health of our bodies and minds with natural products. He is the co-founder and CEO of Radicle Science, which is clinically validating non-pharmaceutical products at scale for the first time in history. Radicle Science was named by KPMG as one of the Top Ten U.S. Tech Innovators of 2022, and was a UCSF Digital Health Awards “Rising Star” finalist. Dr. Jeff was personally named a “Global Shaper” by the World Economic Forum and a "CEO of the Year" 2022 finalist by the San Diego Business Journal. Dr. Jeff is also the founder of the UCLA Cannabis Research Initiative, one of the world’s first such centers. He led some of history’s first official studies on the medicinal potential of cannabis. As Executive Director, he grew the UCLA program to dozens of faculty conducting research, education, and policy projects. In addition to being a published author in cannabinoid, oncology and radiology research, his writings have been published by outlets like TED, and he is a Medical Editor at Healthline. Dr. Jeff has been interviewed by outlets including CNN, Forbes, Wall Street Journal, TIME, NPR, Entrepreneur, Rolling Stone, NBC News, Financial Times, WebMD, Politico, Business Insider, LA Times, SF Gate, VICE, Vogue and more for his expertise. He appears on TV shows including “The Doctors,” NBC News, CBS Sunday, and more. He has keynoted for the National Academies of Science, American Bar Association, California Medical Association, California Senator Feinstein, Colorado Governor John Hickenlooper, the Yale School of Management, Columbia University, Cornell University, Young President’s Organization (YPO), South by Southwest (SXSW), Burning Man Speaker Series, and Soho House. Internationally, he has advised the Mexico Senate and the Royal Court of the Kingdom of Bhutan. Following a BS at Cornell, Dr. Jeff earned his MD and MBA concurrently at UCLA, where he is a David Geffen Fellow.

For every common ailment, there's a wellness product that claims to offer a miracle cure. But which of these products are actually effective? That's what Newsweek Expert Forum member Dr. Jeff Chen plans to find out.

Radicle Science is the first and only proof-as-a-service company, offering an easy path for non-pharmaceutical products to clinically prove their true effects beyond placebo. Radicle Science enables research to be conducted at unprecedented affordability, speed and scale across diverse populations and conditions by leveraging an AI-driven, crowdsourced, virtual and direct-to-consumer approach. As a B-corp, the Radicle vision is an abundant future where democratized access to clinical trials closes the proof gap and transforms non-pharmaceutical products into proven personalized medicines accessible by all. To learn more about Radicle Science, visit www.RadicleScience.com.