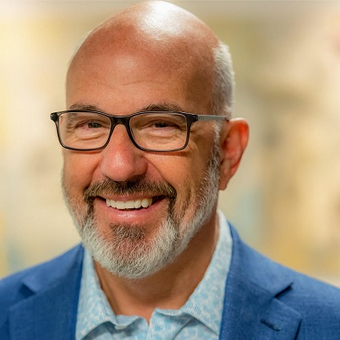 Jeff Hoffman is a successful entrepreneur, proven CEO, worldwide motivational speaker, bestselling author, Hollywood film producer, a producer of a Grammy winning jazz album, and executive producer of an Emmy Award winning television show. In his career, he has been the founder of multiple startups, he has been the CEO of both public and private companies, and he has served as a senior executive in many capacities. Jeff has been part of a number of well-known successful startups, including Priceline.com/Booking.com, uBid.com and more. Jeff serves on the boards of companies in the US, Europe, the Middle East, South America, Africa, and Asia. He supports entrepreneurs and small businesses on a worldwide basis. He is the Chairman of the Global Entrepreneurship Network, which works with entrepreneurs in 180 countries, as well as being a founding board member of The Unreasonable Group. He supports the White House, the State Department, the United Nations, and similar organizations internationally on economic growth initiatives and entrepreneurship programs. Jeff is a frequent keynote speaker, having been invited to speak in over 60 countries. He speaks on the topics of innovation, entrepreneurship, and business leadership, and is the author of the book SCALE, a how-to guide for growing your business. Jeff also teaches innovation workshops to major corporations on a regular basis. Jeff was honored with the Champion of Entrepreneurship Award from JP Morgan Chase and Citibank, as well as receiving a Lifetime Achievement Award and being inducted into the Entrepreneurs Hall of Fame. Outside of the world of technology, Jeff has produced TV shows, has produced movies in Hollywood, has produced musical events including concerts, tours, and charity events with such artists as Elton John, Britney Spears, NSYNC, Boyz II Men, and others, and serves on numerous charity and non-profit boards.

Struggling to Focus on Work? Try These 15 Strategies To Recenter

When you're having trouble buckling down and focusing, taking a step back to ground yourself can help you get back on track.

The Global Entrepreneurship Network operates a platform of projects and programs in 170 countries aimed at making it easier for anyone, anywhere to start and scale a business. By fostering deeper cross border collaboration and initiatives between entrepreneurs, investors, researchers, policymakers and entrepreneurial support organizations, GEN works to fuel healthier start and scale ecosystems that create more jobs, educate individuals, accelerate innovation and strengthen economic growth. Its extensive footprint of national operations and global verticals in policy, research and programs ensures members have uncommon access to the most relevant knowledge, networks, communities and programs relative to size of economy, maturity of ecosystem, language, culture, geography and more. GEN helps celebrate, understand, support and connect entrepreneurs and those who champion them. Learn more at genglobal.org or follow us on social media: * Twitter: @unleashingideas * Facebook: unleashingideas * Instagram: @GENhq