As a young software engineer at Electronic Data Systems, Brendan Keegan received what he now thinks may have been a backhanded compliment. “They told me, ‘Brendan, you’re better with people than technology so we’re going to push you over to sales,’” Keegan recalls. Did that mean he was a less than stellar programmer? He’ll probably never know, but he does know that his superiors were spot on regarding his people skills. “I found that selling technology was really just listening to clients and what their challenges were, and then coming up with solutions to fix their problems,” he says. That approach made him pretty good at sales. Right before his 30th birthday, Keegan was named EDS’s first chief sales officer. He remembers thinking he was in over his head, but the company’s vice chairman reassured him. “He said, ‘You’ve got the vision and passion for this and we’ll put people under you who know how to manage,’” Keegan says. “And that really started my journey on the difference between leadership and management.”

Keegan went from EDS to Silicon Valley where he first worked in sales for a venture-backed technology company, and then became president and CEO of a business process outsourcing company. At the latter, he helped engineer a high-stakes turnaround. That experience taught him that, “what I really liked was fixing things,” he says. “I liked using my engineering degree to think systemically, to really think about how it's not just about growing the company. It's, “Do you have the right product? Do you have the right business model? Do you have the right human capital?”

For the next ten years, he was in senior leadership roles — as either president or CEO — at three more companies and he began to understand that the characteristics of a successful leader looked the same, regardless of the company or industry. “Leading a company, having a vision, driving employee engagement, technology, enabling the business, driving operational scale — it’s really the same across companies, even when they do different things,” says Keegan. For him, it all boiled down to having a clear vision and articulating that vision to every employee, from the receptionist to senior managers.

It’s part of my job to drive brand equity and thought leadership for the company. I’ve got to do that through channels where chief executives and CXOs are paying attention, and Newsweek [Expert Forum] is a great platform for that.”

In 2012, Keegan decided to step away from corporate America in order to spend more time with his family. So he started his own leadership training and development company, velocityHUB, and worked with companies such as Hewlett Packard and Dell. He also ran leadership development programs for student-athletes at more than 50 colleges and universities, including Harvard and Brown.

While serving on the board of Merchants Fleet five years ago, Keegan was involved in the search for a new, growth-oriented CEO for the firm, which was then a $500 million dollar fleet management company that leased commercial vehicles to large companies. As it turned out, Keegan was chosen for the job, even though he had no industry experience. “It was just kind of another validation for me,” he says. “They liked that I had given them ideas on a vision for the company. They saw that I was able to influence other board members, that I was a communicator, and good at relationship management.” In four years, he’s helped grow the company to $2 billion and upped its industry rank from eighth to fourth.

Keegan attributes his success to aligning employees around a single goal: “to enable the movement of people, goods, and services freely and responsibly.” Just this year, he says, the word “responsibly” was added to the vision statement. “We want to be more diverse, inclusive, and better for the environment,” he says. “Right now we’re leading the electrification of fleets in North America. And when I got there, we didn't have any women in leadership positions. Currently, 40% of our leadership team is women.”

As a Newsweek Expert Forum member, Keegan values the opportunity to share his leadership expertise as well as his thoughts on vehicle electrification with a broader audience. “It’s part of my job to drive brand equity and thought leadership for the company,” says Keegan. “I’ve got to do that through channels where chief executives and CXOs are paying attention, and Newsweek [Expert Forum] is a great platform for that.” His efforts have already paid off. “One of my articles was picked up by an international bank that sent me a note saying, ‘Brendan this is a great article. I looked you up, I saw what you do and if you're ever in need of capital, please give us a call.’” Keegan wrote back saying that Merchant’s Fleet was then in the midst of a capital raise. “Fast forward three months, they invested $50 million,” says Keegan. “That was all because they read an article in Newsweek [Expert Forum].” 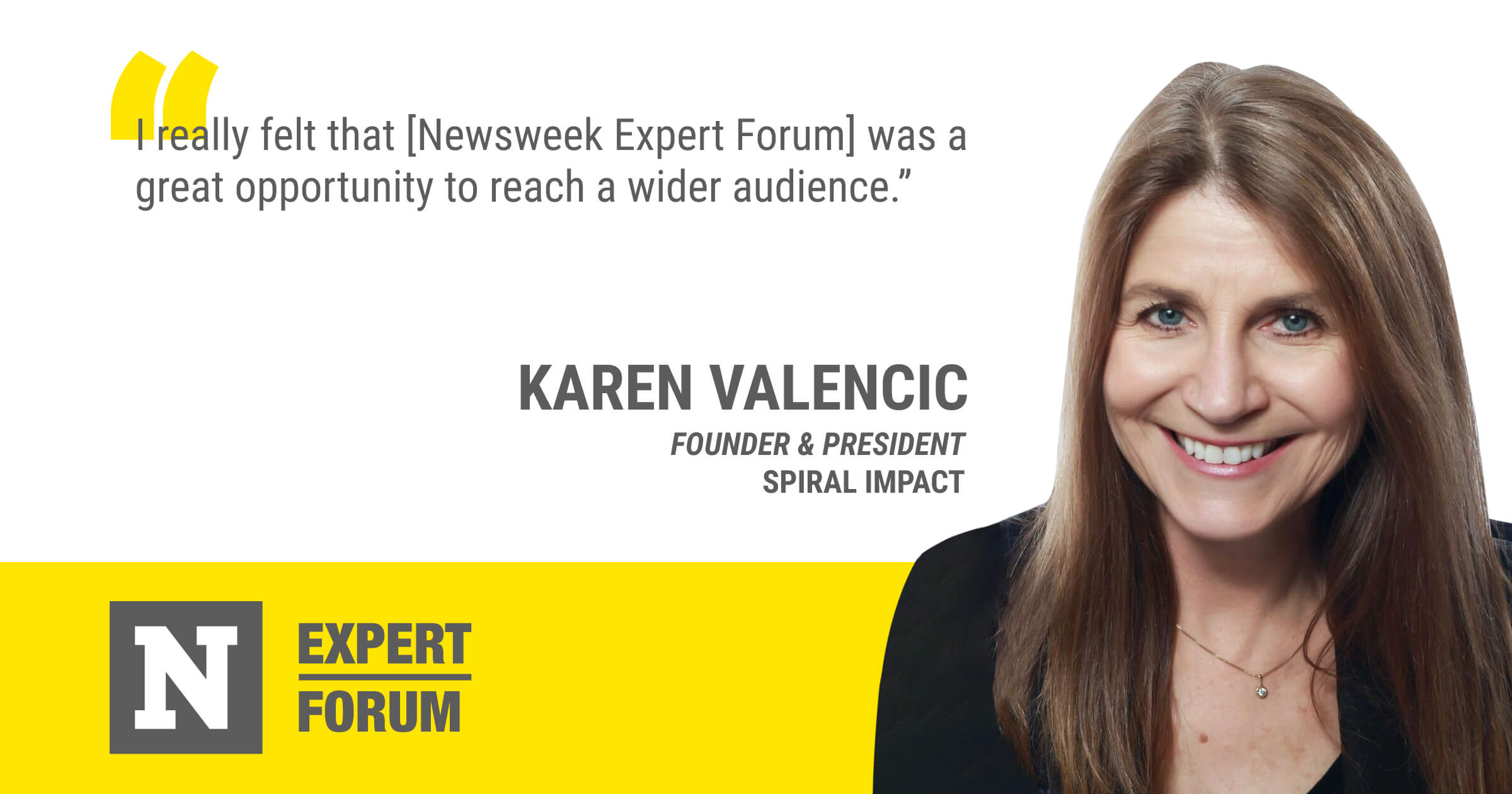 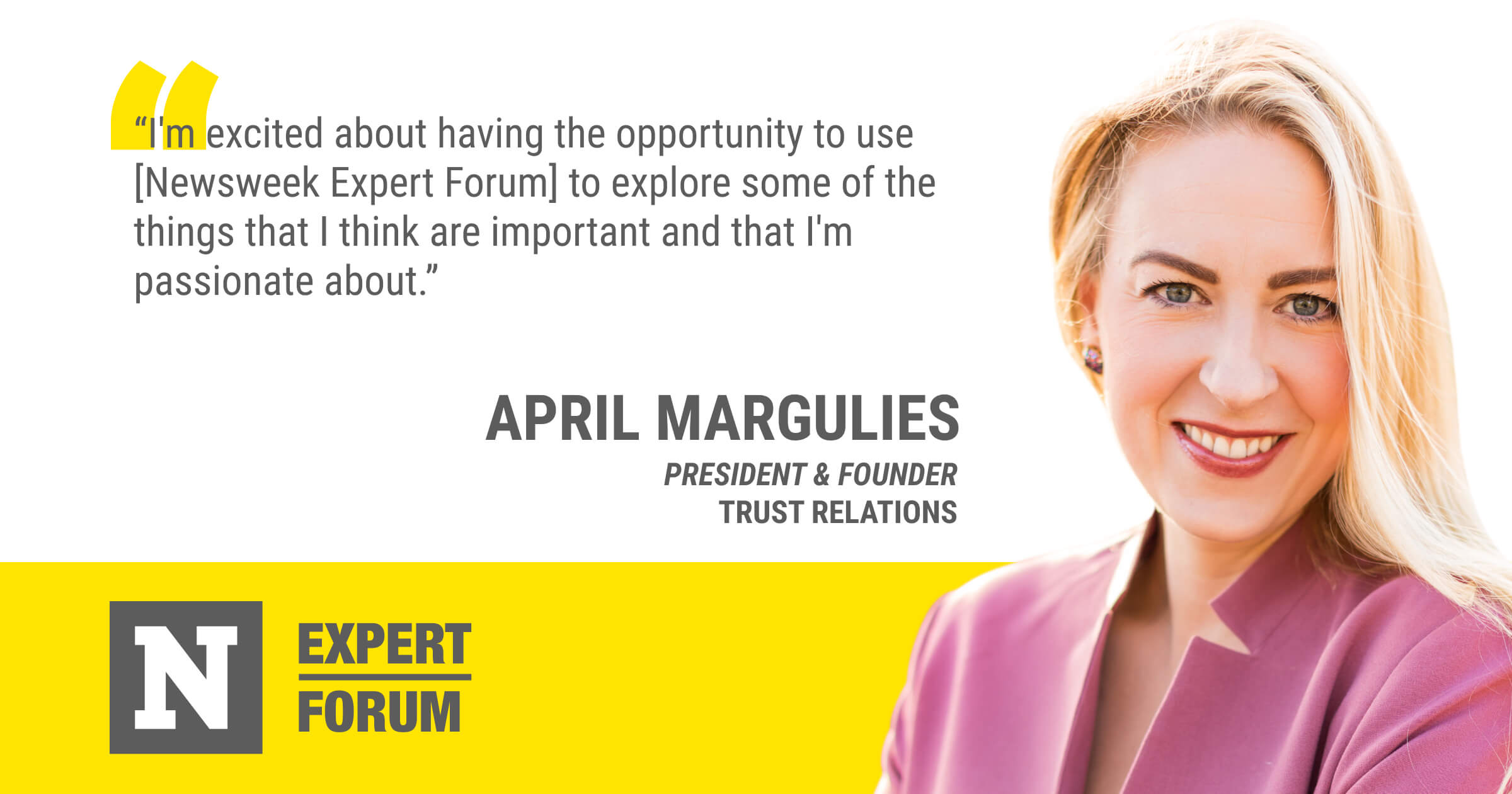