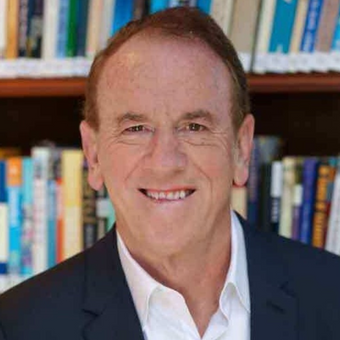 John B. Quinn is the founder of Quinn Emanuel Urquhart & Sullivan LLP, the largest law firm in the world devoted solely to business litigation and arbitration, and is regarded as one of the top trial lawyers in the world. Since its foundation in Los Angeles in 1986, John has built an institution which the Wall Street Journal has termed a “global litigation powerhouse.” Under his leadership, Quinn Emanuel has grown to 27 offices on four continents, with over 900 lawyers, generating more than $1.4 billion in revenue annually. In recent years, the firm has recovered over $70 billion for plaintiffs, and has achieved equally remarkable results in cases in which it has represented defendants. The firm has consistently been listed as the “most feared” litigation firm in the world. In an annual survey conducted by independent research provider BTI Consulting Group, top legal decision makers at over 300 of the world's largest organizations were asked to name the law firm that they least wanted to see an opposing counsel. In a 2016 poll conducted by Bloomberg LP’s Big Law Business, John was named the “most famous practicing lawyer in the world” at large law firms. Described as a “master strategist” by American Lawyer, he has been hailed for his unique vision in building a litigation-only global firm and for the decision not to represent the world’s largest money center banks so the firm could be adverse to them. For 33 years, he served as General Counsel to the Academy of Motion Picture Arts and Sciences, the organization that gives out the Oscars. John is an avid mountain climber, Ironman triathlete, father of five, and contemporary art enthusiast. In 2016, he opened the Museum of Broken Relationships on Hollywood Boulevard and in 2021 launched an artist-in-residence program at Quinn Emanuel to create a platform for emerging and mid-career artists in greater Los Angeles. He is also the co-owner of Q SUSHI, an omakase-only Michelin-starred sushi restaurant in downtown Los Angeles.

The decisions a company makes about when and how to conduct its internal investigations can be among its most consequential.

Mediation can be a cost-effective means of resolving disputes without going to trial.

The Decline of the Civil Jury Trial: Implications for Trial Practice

During the pandemic, civil jury trials came to a stop.

The complexities and risks of a CBDC system should not be ignored.

Ransomware Attacks: Have Your Team And Plan In Place Now

If your organization is targeted with a ransomware attack, being prepared to respond quickly is critical.