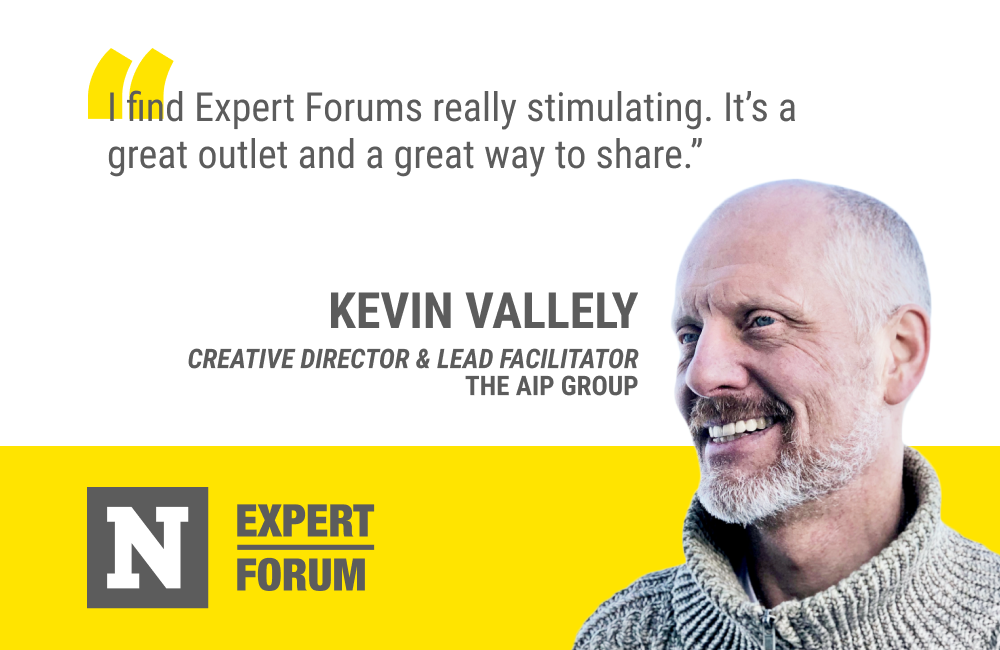 Throughout his career as an architect, Kevin Vallely had a litmus test for evaluating employers. Would they support his passion for expedition adventures that could keep him out of the office for as long as six weeks? “I always figured in the back of my mind that if someone wasn't going to support an effort like that, then maybe it wasn't the best practice to be part of anyway,” says Vallely, a world record-holder who has been going on extreme expeditions for 20 years. For instance he skied the length of Alaska’s 1180-mile Iditarod Trail in the dead of winter, attempted a human-powered crossing of the Northwest Passage, and broke the world record for the fastest unsupported trek to the South Pole.

Vallely knows that what he learned on those trips, where he and his teammates survived under the harshest conditions in unpredictable environments, had value back at the office. In 2000, after skiing the Iditarod Trail, he started giving keynote speeches. That expedition, he says, was life changing. “No one thought we’d be able to do it and we did,” he recalls. “For me, it was the ultimate reset button and I looked at everything a little differently and I recognized my priorities.” The more he spoke about the experience to audiences, the more he realized how much he enjoyed inspiring and motivating others.

While he’s still an architect who takes on projects very selectively, Vallely now combines his passion for adventure and his desire to teach and inspire others as a lead facilitator at The AIP Group. AIP, which stands for Adventures Inspiring Performance, is a leadership and talent development firm staffed by world record-holding adventurers. Like Vallely, they connect their “wild wisdom” to the business world. Vallely first met some AIP team members on his Northwest Passage expedition, when a massive storm forced his team to go ashore. The AIP folks, who were sailing the Passage, had gone ashore as well. “We had this great conversation and over the course of years, there was back and forth,” says Vallely. “I started doing smaller things for them and that developed into becoming part of the business.”

“You’re being acknowledged as an expert, so there’s credibility when you’re part of [Newsweek] Expert Forum.

What sets AIP apart from other leadership development companies, says Vallely, is the adventure experience that the team brings to the table. “We can say ‘I have a number of records out there in the adventure world, I understand what it means to be part of a high performing team. And the lessons I learned out there can help you as well,” says Vallely. “At the end of it, a group will come away with training like they've never experienced before.” Clients include companies such as Microsoft, Dell, PayPal, and Zoom.

At client engagements, Vallely and his teammates use simulations of their real-life adventures to create immersive experiences. One simulation called Reach for the Summit recreates a mountain climbing expedition to Mount Cook in New Zealand. Participants watch a video, create their guiding principles, build their definition of success, and model their goals before attempting the virtual ascent. In real life, says Vallely, “it took us six times before we summited. Everything happened — avalanches, crevasse falls, injuries, you name it.” As he relays those experiences in perilous environments, Vallely brings home to participants some key business lessons, including the importance of planning, flexibility, resilience, and adaptation.

“We're finding that now with COVID-19, these themes are coming up a lot,” says Vallely, who recently co-authored a book, Wild Success: 7 Key Lessons Business Leaders Can Learn from Extreme Adventurers. “Adventure certainly can speak to leading teams through uncertainty or change. Let's face it, COVID is an adventure. We don't know the outcome and things are always changing.” Much of the work that AIP has done during the pandemic is related to leading teams in uncertain times, and the company has been compelled to pivot from in-person delivery of programs to virtual offerings. “We built a whole suite of online learning tools where people can do their personal training on their own time, in addition to the virtual programs they’re doing with us,” he says. “It’s made us a much more robust company and our offerings are more diverse and effective.”

Vallely is currently preparing for his next adventure — a “major legacy expedition” in the Canadian High Arctic where, on a warm day, it’ll be a balmy -40°F. “It’s going to test us on everything to the limit,” he says. In the meantime, less taxing activities will include contributions to Newsweek Expert Forum, where Vallely has been participating in Expert Forums and writing by-lined articles. “I find Expert Forums really stimulating,” he says. “It’s a great outlet and a great way to share.” He says that he and AIP will leverage his articles for marketing purposes. “You’re being acknowledged as an expert, so there’s credibility when you’re part of the Expert Forum.”

How To Share Your Article and Get More Views

Declutter Your Writing With These Quick Fixes