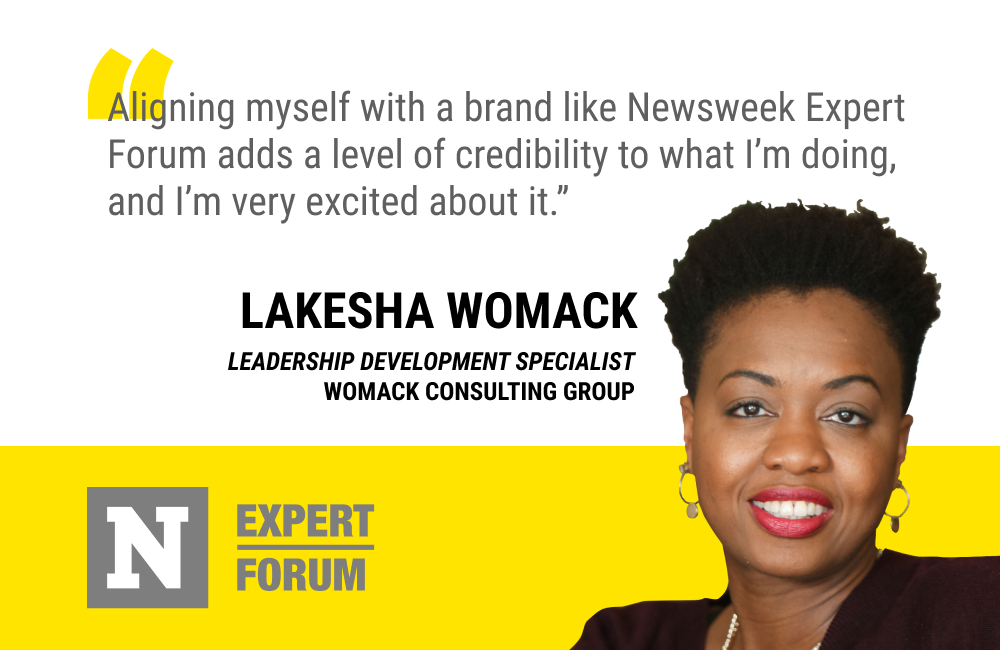 Before starting her own consultant firm, LaKesha Womack worked in retail management and was a personal finance advisor. Later, she was ordained as a deacon. Little did she know that all of those experiences would give her the skill set she needed to succeed and differentiate herself when she launched Womack Consulting Group in 2005.

As a new mother looking for work flexibility, Womack began talking to her friends about their careers. “One told me about becoming a consultant but for me, being from a small town in southern Alabama, consulting was not one of the top career choices,” she says. But then she began to wonder if she might focus on small business consulting for local companies. “I knew that a lot of small business owners were not able to scale or weren't able to get access to capital,” she says. “And a lot of times it was because they were not operating efficiently; they didn't have a good foundation for their business.” So she began using her retail and financial services experience to help business owners add value to their companies.

When Womack first started her company, she used blogging and social media to share business advice and draw in potential clients. “There weren’t as many people working with small businesses as there are now, so people would come to me with questions about branding, or how to use social media,” she recalls. For instance, she helped a cake artist evaluate her financials and business strategy to take her company to the next level. “She’s since been in two baking competitions and won one of them,” says Womack.

Within the last couple of years, Womack has had an increasing number of opportunities to do corporate trainings, working with teams and coaching them on emotional intelligence and leadership development.

Womack thinks of Newsweek Expert Forum as another way for her to stand out from the crowd. “In today’s business market, there are so many people who call themselves coaches and consultants, that it’s important to find ways to set yourself apart,” she says.

One of the biggest transitions Womack has made involves the intersection of her work as a minister with her consulting practice. “I kept my ministry and my business separate,” she says. “But then some of my pastoral friends were like, ‘hey, that thing that you're doing with businesses, do you think you can do that to help me with my church?’”

So last year, she started doing growth consulting for churches, taking business principles and applying them to churches. “It was helping them figure out how to market their ministries and how to retain members.” Like businesses, Womack notes, churches often focus on attracting new members, not realizing that it’s far cheaper and more effective to better serve and retain the ones you already have. “So I help them  figure out who the people in their congregation are, and what are their needs,” she says. “When you're meeting their needs, they're actually going to bring people to church with them.”

Churches now represent 30-35% of her client base. “As a minister, being able to help churches is really exciting,” she says. “And there are not a lot of consultants in the ministry space.” Last July, she hosted a four-day, 60-speaker virtual summit called “Rethinking Church,” which addressed topics such as budgeting and finance, digital discipleship, and technology integration. The summit was so successful that Womack is now helping others with virtual events.

This year, Womack is preparing to launch an online television talk show called Connecting the Dots. “We’ll be interviewing people about social impact organizations,” she says. “It’ll be a bridge between the social justice work I do and Rethinking Church, looking at the issues facing our community and taking a deeper dive into those conversations.”

Womack thinks of Newsweek Expert Forum as another way for her to stand out from the crowd. “In today’s business market, there are so many people who call themselves coaches and consultants, that it’s important to find ways to set yourself apart,” she says. “I think that aligning myself with a brand like Newsweek Expert Forum adds a level of credibility to what I’m doing, and I’m very excited about it.”