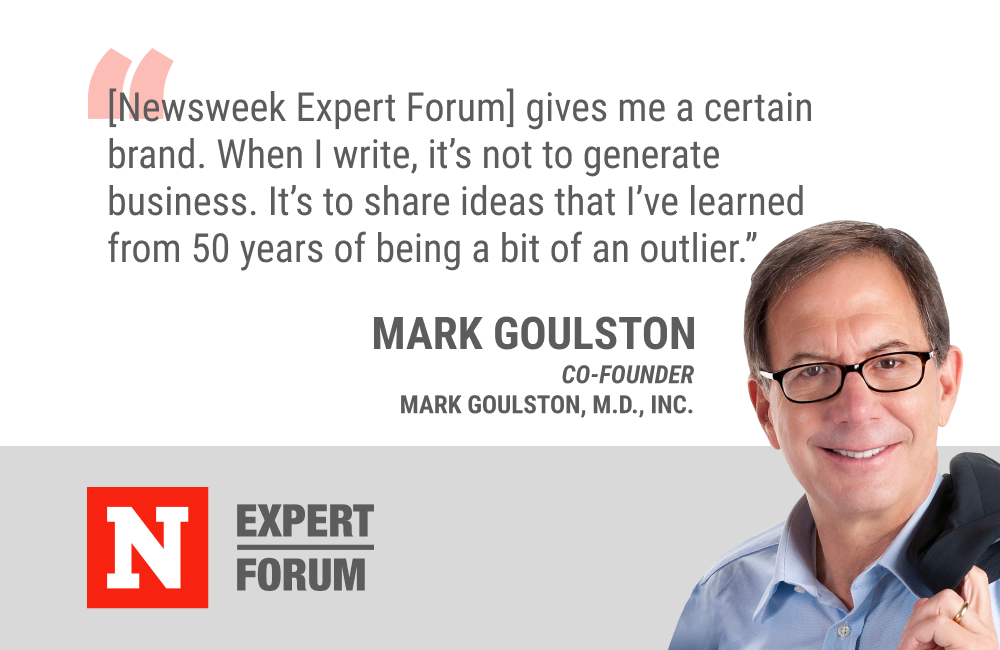 Before Mark Goulston was an executive coach and consultant to C-suite leaders and entrepreneurs, he was a psychiatrist with a very specific niche. “One of my early mentors was Ed Shneidman, who was one of the pioneers in the study and practice of suicide prevention,” says Goulston. Through his work with suicidal patients, he developed an empathetic approach that proved to be highly successful. Rather than rushing to diagnose and treat them, Goulston says he developed “an ability which caused them to be felt by me versus understood by me.”

When his mentor asked him to be a guest speaker in a UCLA course called Death and Suicide, Goulston used his approach to create an interactive presentation that would become his signature. “I played a suicidal young person, pulled out a gun and told the audience to talk me out of it,” he says. When the audience failed, he’d spend the rest of the lecture telling them “what you didn’t ask me or say to me that would have caused me to give you the gun.”

It was dramatic and effective. Goulston gave similar presentations — minus the gun — to parents of junior high and high school students. During one presentation on keeping your children safe, Goulston spoke to parents right before an FBI agent who was also scheduled to speak at the event. The agent was fascinated by Goulston’s talk and thought that it could also be useful to law enforcement. The upshot: Goulston started working with the FBI to train and coach agents how to deal with emotional hostage takers (as opposed to terrorists with political motivations). Along the way, Goulston realized that his presentations were gaining traction; he discovered that he could modify them to reach different audiences, each of whom has a different goal based on understanding how to connect with someone in a specific situation. These new audiences include managing directors at Goldman Sachs and executives at companies such as IBM, Accenture, Hyatt, Federal Express, and many others.

“Newsweek Expert Forum has the opportunity to be different in a way that makes it more memorable than other business venues."

Central to every presentation was the approach he used when treating suicidal patients, which he now brands as the Michelangelo Mindset. “As a suicide prevention specialist, I saw hope in suicidal people,” says Goulston. “When I trained FBI and police hostage negotiators, I saw that if someone's having a conversation with you, there is a part of them that is willing to come over to your side. Inside every investor is someone who wants to give you their money. Inside every customer is someone who wants to buy from you. The key is how to connect with that part of them.”

The “how” was Goulston’s secret sauce. He likened his method to Michelangelo, who described his sculpting technique as chiseling away to free the statue that was already residing in a block of stone. As he sees it, his job is to free the inner leader, customer, employee, investor, etc. His clients are mainly entrepreneurs, founders, and CEOs. “I only work with people who want to grow to be a leader who is trusted, that people have confidence in, and feel safe with,” he says. “I happen to like the metaphor of looking into the future, seeing what that ideal is, and then carving away everything that it's not.”

Earlier in his career, Goulston was a leading authority on helping divorced couples get back together, called “recoupling therapy.” That expertise landed him on The Today Show, Oprah, and The Phil Donahue Show, and resulted in high profile print media coverage. The attention led to book contracts. Goulston has authored several books, the first of which, Get Out of Your Own Way: Overcoming Self-Defeating Behavior, became an evergreen bestseller. His seventh book, Talking to Crazy: How to Deal with the Irrational and Impossible People in Your Life, was an Oprah featured book. He also hosts a weekly podcast called My Wakeup Call, where he interviews various leaders about their personal journeys.

As a founding member of Newsweek Expert Forum, Goulston is a prolific contributor to Expert Panels and has penned several long-form articles. “I like having a publishing venue other than my website or LinkedIn,” he says. “And [Newsweek Expert Forum] gives me a certain brand. When I write, it’s not to generate business. It’s to share ideas that I’ve learned from 50 years of being a bit of an outlier.” He was attracted to Newsweek Expert Forum because the brand is not specifically known for business and looks forward to sharing his distinct perspective with the community. “Newsweek Expert Forum has the opportunity to be different in a way that makes it more memorable than other business venues,” he says.

Expert Panels: The Easy Way To Make a Statement and Be Heard